A video art installation exhibited as part of the show Chairs which was subsequently made into a full length documentary. This impressionistic story weaves together months of conversations and interactions between curators and artists as they attempt to collaborate on a new show in one of the world’s great historic museums. Indian photographer Dayanita Singh, the Italian furniture expert Faustio Calderai, the designer Andrea Anastasio and the Gardner museum curators created a show that the New York Times calls “really beautiful” but which seemed certain to unravel only weeks before opening.
Press: The Boston Globe, February 18, 2005 Art New England, June/July, 2005 artsMEDIA, March April, 2005 The Boston Herald, February 25, 2005 Worcester Sunday Telegram, April 10, 2005 The Boston Phoenix, March 11, 2005 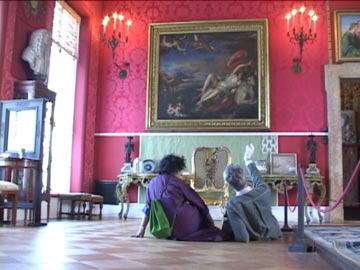 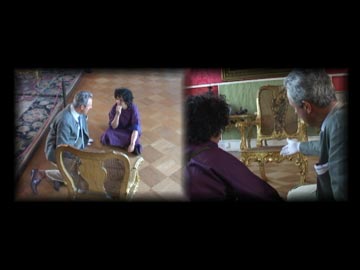 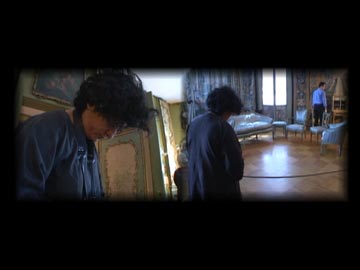 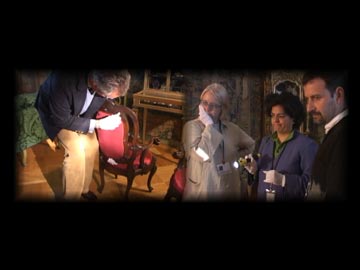 Excerpt from The Boston Globe, Weekend Arts and Performance
Friday, February 18, 2005
“Gardner ‘Chairs’ for seeing, not for sitting”
By Christine Temin, Globe Staff

…There are other players in the ”Chairs” project: the Italian/Indian artist Andrea Anastasio, designer of the overall exhibition; museum educator-in-residence Carla Hartman; and filmmaker Michael Sheridan, who documented the making of the exhibition. A six-minute excerpt from his longer behind-the-scenes film is playing outside the museum cafe. Watch Sheridan’s contribution last, so the ”how” doesn’t overtake the ”what,” even though his film is a series of poetic snapshots rather than a dry blow-by-blow.

This is a surprising show, one of resonance and even poignancy, sparked by the Gardner’s copious collections of chairs of various periods and provenances…